Truth Robinson has been living and breathing Yoga since he discovered it in 2001, always ensuring to live yoga off the mat as well as the practice on the mat. Growing up with a keen Buddhist meditator father, Truth was inspired to undertake his first of many 10-day silent meditation retreats. The stillness he discovered created a conscious shift in all aspects of his life which brought him to yoga a few months later. Truth’s yoga journey began with Ashtanga in Brighton & Edinburgh, UK. Then over the next several years spent significant time studying Agama Tantric Yoga (Thailand), Sivananda Yoga (India), Iyengar Yoga (India) until finally settling into Satyananda Yoga of the Bihar School of Yoga, the world’s first Yoga University started by Sw. Satyananda a foremost disciple of Sw. Sivananda.

In 2011, Truth formally completed a 2 year and 1,500+ hour Diploma of Satyananda Yoga Teaching, which dove deeply into pranayama, chanting, bandhas, meditation and philosophy. A few years of teaching inspired a shift to the healing arts and he completed his qualifications to become a Doctor of Traditional Chinese Medicine in 2014. Since graduating, Truth has become a registered and practising Acupuncturist and Chinese Herbalist. Through the rich tapestry of experiences and his varied education, Truth has become a passionate Yin yoga teacher trainer. He completed his Yin yoga teacher training with Bernie Clark & Jo Phee both foremost students of Paul Grilley. His in-depth functional anatomy knowledge has come from his work as a bodyworker with significant influence from Dr Robert Schleip and Duncan Peak’s functional anatomy trainings. 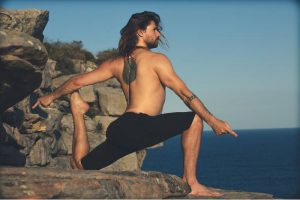 Through his extensive Chinese medicine training, Truth has developed a unique style of Yin yoga theory based on the Huang Di Nei Jing (Yellow Emperor’s Classic) and his study with Dr Wang (China) and Dr Robertson (USA). Truth’s classes leave you feeling energised and inspired to make significant changes emotionally and physically in your life. Through his education, his style has developed to ensure that students receive a physically complete practice, whilst also looking deeper into the layers of your consciousness and offering the opportunity to peel back the layers to glimpse the light within.